Jadeveon Clowney was traded to the Seahawks by the Houston Texans in August in exchange for Jacob Martin, Barkevious Mingo, and a third-round draft pick

Jeff Reinebold and Brian Baldinger are predicting a big offseason for the Seattle Seahawks following their Divisional Round elimination in the playoffs.

The Seahawks’ season came to end on Sunday as they were beaten 28-23 by the Green Bay Packers despite Russell Wilson leading a late fightback.

Pete Carroll’s side ranked eighth on offense during the regular season, with doubts over their Super Bowl credentials having predominantly surrounded their 26th-ranked defense.

Speaking on this week’s edition of Inside the Huddle, Reinebold said: “When you look at the Seahawks, when I study the Seahawks I see this on defense – too many chunk plays against.

“So I think they’ve got to improve in the secondary, that’s not the Legion of Boom back there anymore.

“I think on the other side of the football, you see a quarterback (Wilson) that is one of the most elusive in the National Football League, he’s running for his life trying to make plays. 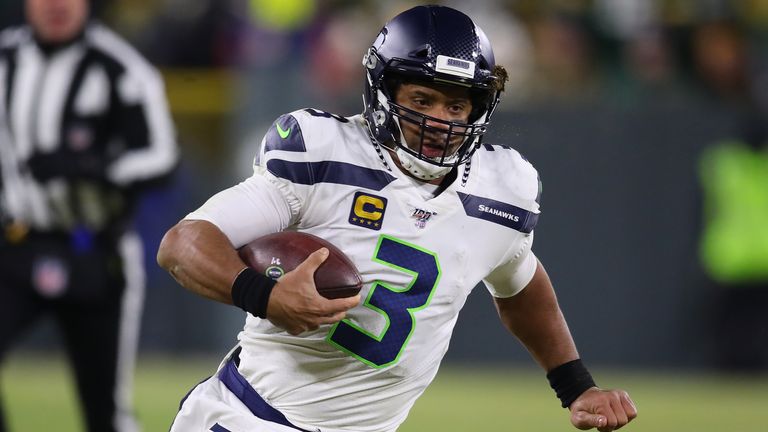 Wilson was 21 of 31 for 277 yards and one touchdown against the Packers, as well as rushing for a team-high 64 yards

“They’ve got to find a way to improve the offensive line and we’ve said that for 10 years.”

The Seahawks were unfortunate with injuries heading into the playoffs, with the loss of running backs Chris Carson, Rashaad Penny and C.J. Prosise prompting the emergency return of veterans Marshawn Lynch and Robert Turbin. 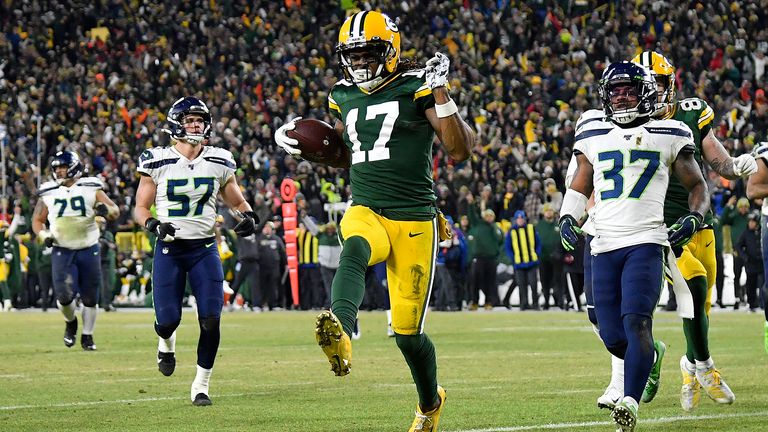 Baldinger added: “They had lost [offensive tackle] Duane Brown, they lost a lot of players up front, their two starting running backs, they lost their young tight end Will Dissly, he had four touchdowns in his first few weeks.

“They’ve lost a lot. Teams have to overcome that so you’re looking at depth.

“If it wasn’t for Jadeveon Clowney in certain games they really had no pass rush. Ziggy Ansah was invisible, L.J. Collier did not develop, he was the (Seahawks’) No 1 draft pick.

“When they put the Legion of Boom together, which was a great defense, they also had great pass rushers. They had three guys that could get after the quarterback.” Clowney’s future promises to be a key discussion for the Seahawks during the offseason as the defensive end prepares to become an unrestricted free agent.

The 26-year-old was nursing a core muscle injury during the latter stages of the season and it remains to be seen whether Seattle are prepared to stump up what is likely to be a hefty contract.

With coaches departing, an earliest exit from the post-season since 2010 and doubts over the future of Tom Brady – we ask what’s next for the New England Patriots?

“I think they’ve got a real tough decision to make there,” added Reinebold.

“The thing that concerns me about Clowney is not his ability, because you can see where he can take over a game. It’s his availability, not this ability. “You can’t miss multiple games during the course of the year and get paid a lot of money.”

Baldinger continued: “They’re paying the quarterback, that affects how you spend your money.

“I don’t believe they’re going to bring him back, because he’s the first pick of the draft and it’s going to be expensive.”