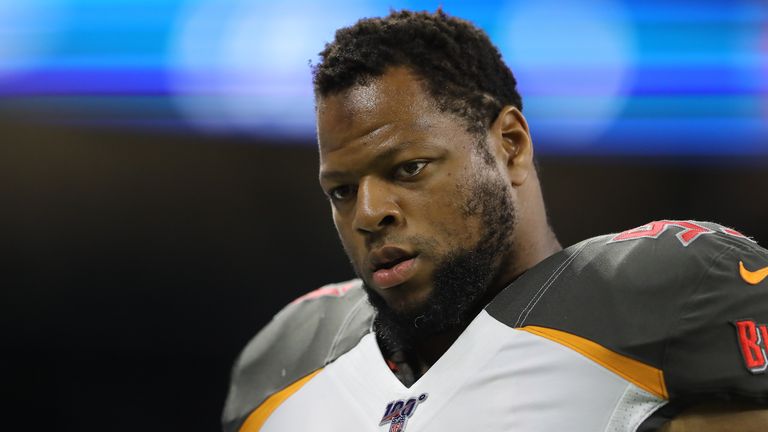 Ndamukong Suh is returning to the Tampa Bay Buccaneers

Suh recorded 41 tackles, a career-low 2.5 sacks and four fumble recoveries in 16 games in 2019 during his first season with the Buccaneers.

He also scored two touchdowns, the first time he found the end zone since his 2010 rookie campaign.

“I wanted the entire defense, if we could, to stay together,” coach Bruce Arians said Wednesday.

“They played so well together. Each piece of the puzzle knew each other. Suh was a big, big part of it.

“Not as much in the sack game as much as his interior pressure and the great job he did last year against the run. I mean, we were No. 1 against the run in the league last year, and a lot of it was because of him and Vita (Vea).”

Tampa Bay has also re-signed its starting defensive ends from last season. Jason Pierre-Paul signed a two-year, $27m deal, while the Buccaneers placed the franchise tag on Shaquil Barrett, who led the NFL in sacks with 19.5, forced six fumbles last season to earn his first trip to the Pro Bowl. The Buccaneers landed the biggest name in free agency last week when six-time Super Bowl champion quarterback Tom Brady chose to join them over the Los Angeles Chargers, after ending his 20-year stint with the New England Patriots.

That was then the richest contract for a defensive player in NFL history.