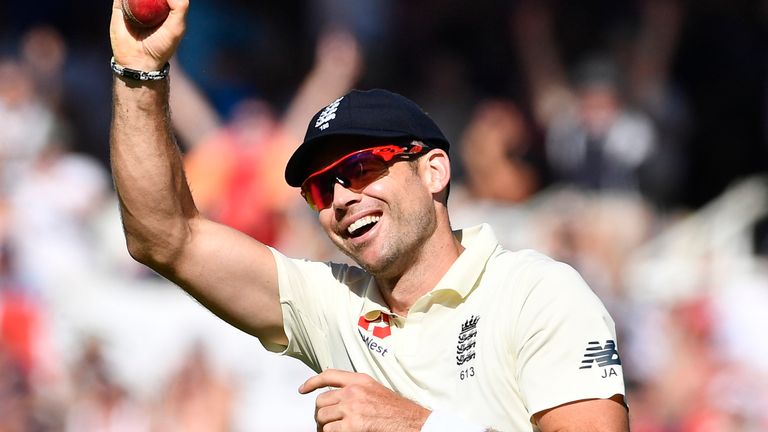 England seamer James Anderson says he would be willing to play in The Hundred and Vitality Blast this summer if that was the only competitive cricket being staged.

The domestic season has been delayed until at least May 28 due to the coronavirus pandemic and white-ball cricket is expected to take priority if and when the 2020 campaign begins.

Lancashire bowler Anderson, 37, is not part of a Hundred franchise’s playing staff – he has a mentoring role at Manchester Originals – but that could change if it was the sole way he could keep himself fit for when England resume Test cricket.

“I want to be playing cricket and if that is the only cricket going on, whether it’s The Hundred or the T20 Blast, then I’d love to be involved in that,” Anderson told reporters on Thursday. Anderson is not part of a playing squad in The Hundred

“If there wasn’t any red-ball cricket then it would be a long, long time for me to just be ticking over in the nets. I’d much rather be playing competitive cricket than not. But we will cross that bridge when we come to it.”

England’s busy home summer includes three-Test series against West Indies and Pakistan, contests Anderson hoped to play in after a rib injury shortened his tour of South Africa in January and he was rested for the now-postponed series in Sri Lanka this month.

The paceman says a ball may not be bowled all summer due to the severity of the coronavirus outbreak – but he insists that would be “no huge sacrifice” for cricketers with people’s health the most pressing concern.

“I am not fretting about playing cricket, I feel we and I will play cricket again. It’s more just the uncertainty of everything that is going on,” said England’s all-time leading Test wicket-taker. 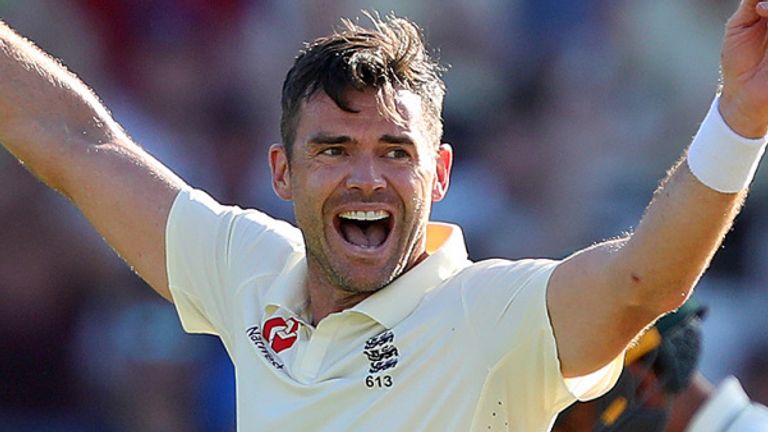 “It’s obviously a scary time for everyone and obviously my family’s health is the first priority and cricket is very much secondary.

“In my head, I’m not really thinking about when we are going to play cricket. I would be silly not to think about not bowling a ball this summer and I think at the moment that’s pretty realistic.

“But some people are sacrificing a hell of a lot for us trying to keep us healthy so us sacrificing some, and potentially all, of the cricket season is not a huge sacrifice.

“Something like this puts everything in perspective. Cricket has been a huge part of my life for a number of years but in the grand scheme of things the importance isn’t that great.” 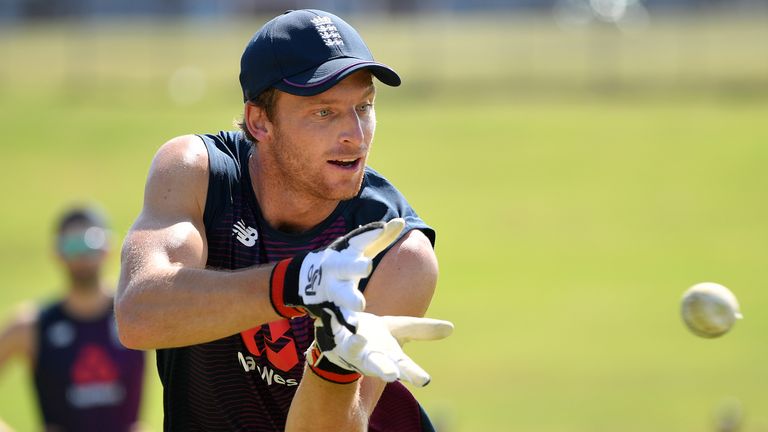 Anderson insists he was fit to tour Sri Lanka this spring but understands the selectors’ reasoning for delaying his comeback in preparation for the English summer.

The seamer, who has taken 584 wickets in his 151 Tests to date, says he remains hungry to play for England and is now just 16 scalps away from becoming the first seamer to 600 in Tests.

“I think the decision was taken to give me a bit more time to be 100 per cent for the summer. Having toured Sri Lanka fairy recently, the part seam bowlers play is fairly limited, so it made sense to me to look a little bit further ahead,” Anderson added.

“My plan is to get back in the England team, I think I can still play a part. I am hungry to play and I’ve still got ambitions so that is going to keep me driven. Long term, I think I could get to next summer. Anderson remains ‘hungry’ to play for England in Test cricket

“I’m certainly going to enjoy putting the whites back on and cherish it but it could be a way off now.”

Anderson believes that if county cricket does resume in the final days of May that could be too short a timeframe for England to be ready for the West Indies Tests, which are due to begin on June 4.

“You are going to need some sort of build-up. You can’t go from not bowling to bowling in a Test match at fairly short notice. How long that is I’m not sure,” he said.

“I’d suggest [May 28] is not long enough – it would be seven or eight days before a Test match but if we can get out and about in May and train with our counties, it might be more feasible.”

Anderson has been spending some of his enforced break battling fellow England seamers Stuart Broad and Mark Wood in a virtual cycling challenge, something he says is helping his physical and mental wellbeing.

“All the lads are messaging each other, trying to stick together. We have bikes and you can see how everyone is performing on the leaderboard. Stuart came top this time with me a close second and Mark third,” said Anderson.

“It’s nice to have some interaction with other people and I think it will become more and more prevalent as the weeks go on. I think keeping fit helps the mind as well.

“I’m doing everything but bowling as I don’t really have the space. At a push I could bowl against a wall just to keep the body staying used to the movements. I have been going through my action in the living room. Subconsciously, your body wants to do it!”